DAY 87 - A Demonstration of The Power of Faith!

What you need to do is to find two more people meeting once a week for three months, encouraging each others to have daily devotion - a daily intimate personal relationship with Jesus!

To create a momentum to this new yearly campaign I am going to start a new blog and podcast on that day. I will direct my two blogs and podcasts to that new site to have a 40 days BREAK.BUILD daily devotion. For a preliminary format please go to this site: http://www.breakbuild.blogspot.ca/ .

You can see the layout and titles of all 40 days. Come on , let's get two more people to start a daily tasting of Jesus wonderful banquet specially prepared for us!

This blog is to help you to have a daily intimate personal relationship with Jesus
and to be able to memorize one golden verse everyday. 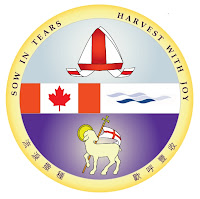 Then Jesus answered, “Woman, you have great faith! Your request is granted.” And her daughter was healed from that very hour.
Matthew 15:28

Please read Matthew 15:1-28 and listen to what the Lord Jesus Christ would like to tell you before reading my Spiritual Journal below. If you would like to learn a simple and good way of Daily Devotion method please read my “Count Down 5” from my Devotion on Fire blog:

http://bishopsilas.blogspot.ca/2009/08/count-down-5-subject-shifting-devotion.html .
You may click this link directly for the method: Subject Shifting Devotion.pdf.
You may begin with a song to praise the Lord and complete you devotion by singing another praise song.

Please click this link to worship with us -
I Will Run to You
http://www.youtube.com/watch?v=7s2wCVcmYOU

What I got from Jesus is: A demonstration of the power of faith!
What I received from Jesus today is to see in a real sense of what yesterday's message is talking about. Today's passage is truly a demonstration of the power of faith. And, it is an out-of-the-box faith!
Why? Because a Canaanite woman could never behave like that! It's like a person from other religion coming to me asking me to pray for her daughter's healing. It just won't happen!
But, it has been happening continuously the past two thousand years!
Yesterday we heard a powerful story from Pastor Simon of the Palestinian Bible Society witnessing how God shows up in people's dream in a very powerful and special way. One of the examples is that a person of other religion(I don't want to name that religion here in Jerusalem) came to him in a bus asking him where to find a Bible because Jesus showed up in his dream telling him to get a Bible. And Simon said, "You have come to the right person because I am from the Bible Society". He then gave him a Bible and from that day on Simon invited him to have a one-on-one Bible study and later he was baptized! That's exactly the call from Jesus to me and each one of you to join the Mentor 123 campaign staring this Easter Sunday, March 31:
http://www.breakbuild.blogspot.co.il/
Simon's two good colleagues were being killed, one got two shots in his head and the other got kill by a bomb. And, he is still courageously and powerful serving Jesus with everything he has got. What a powerful witness of today's message!
So, come and join us to be an anointed Mentor123. Let's demonstrate the power of faith!

Dear Lord Jesus,
Lead us to be willing to join in the Mentor123 campaign to have a chance to demonstrate the power of faith to the others. In Jesus name we pray. Amen.
Please click this link to worship with us :
English praise song-
Still
http://www.youtube.com/watch?v=O6Fw8DgvTQA

Israel Study Tour Highlight DAY 6 :
Wailing Wall, the place where the temple was and now the Muslim Golden Shrine, Jerusalem city underground tunnel, far view of Mount Olive(The place of Ascension, Great Commission and the place where Jesus will come back), the place of the coming of the Holy Spirit in Acts 2(Day of Pentecost), continue celebration on the streets in the National Feast of Purim(Esther 9:17-26) 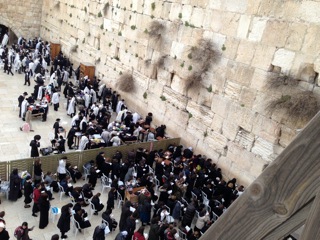 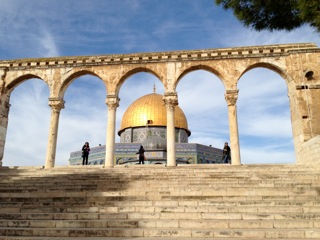 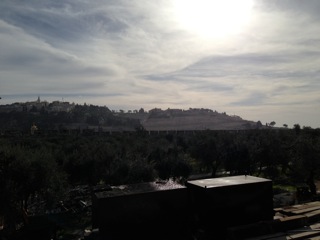 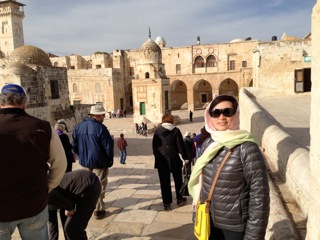 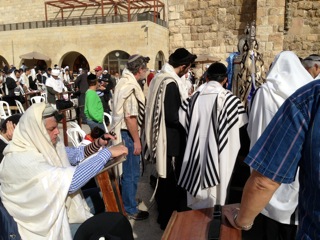 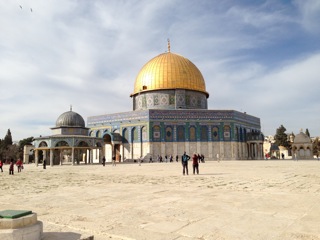 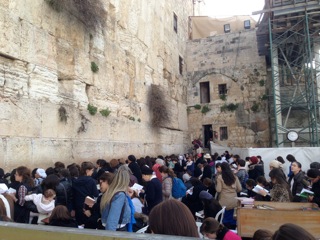 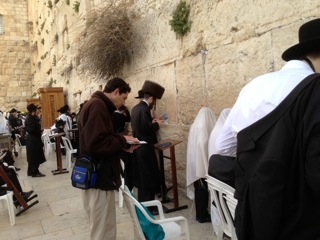 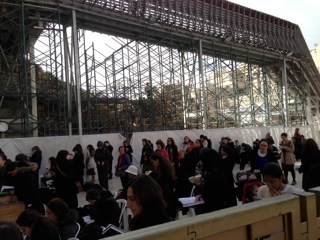 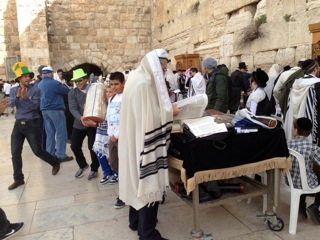 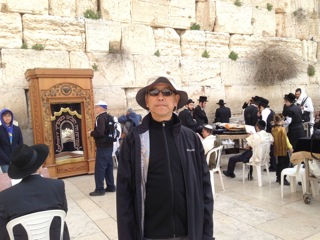 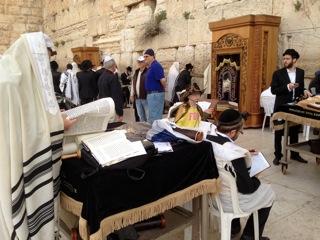 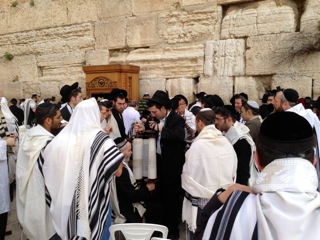 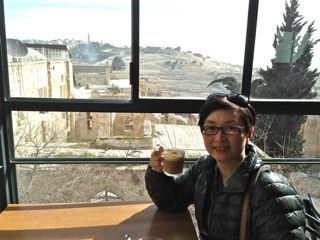 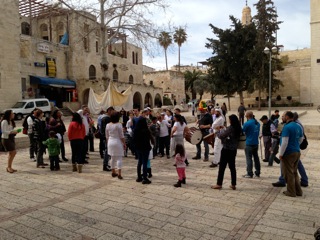 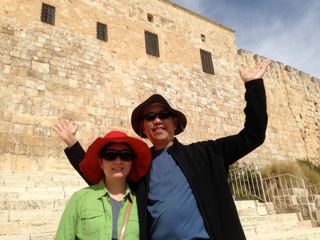 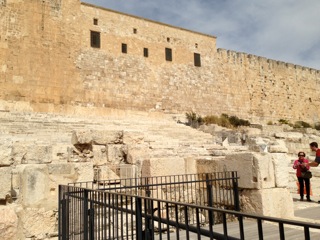 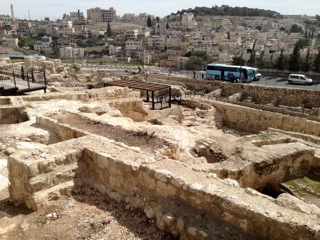 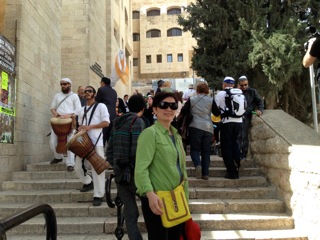 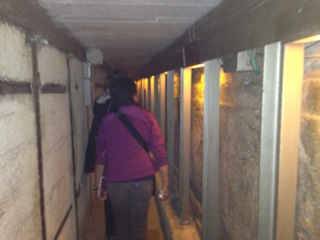 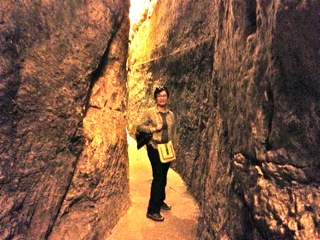 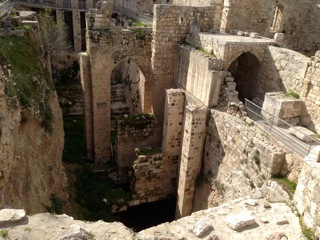 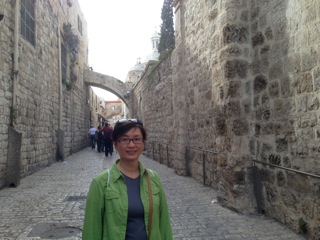 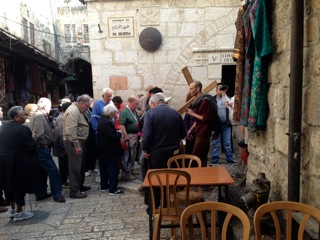 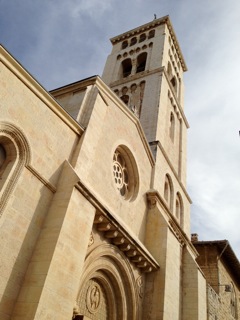 Please click these two links to my other blogs/podcasts:

Pray for our AMiA bishops:

Web site for Anglican Mission in the Americas, Canada(ACiC/AI):
http://www.theamcanada.ca/

The easiest way is to take one hour slot for the whole week. What you need to do is very simple. Choose one dayThe easiest way is to take one hour slot for the whole week to pray for me, my family and my ministry, remembering the ministry of ACiC(ACiC has two Networks: ACiC, Anglican Coalition in Canada and AI, Asian Initiative). You may use the whole hour in prayer or you can still do you work in your office but use as much time as you can to pray and the other time work prayerfully that hour to pray for our ministry. This campaign is also to teach you that you need somebody to pray for you daily. I have been prayed for hourly the past 1,200 days and I have never experienced this kind of peace and protection before. It's just beyond words can express. If I did not listen and obey to Jesus call 1,200 days ago to start this prayer movement, I think I would be pulled into darkness and discouragement already! I deeply believe that this is a way to draw as many participation as we can in prayers. I encourage you to participate. We need you to join us! Trust in the power of prayers!